Unemployment is high, estimated at 50%+.

There are over 1,500 farmers in the Palacagüina area growing tomatoes, peppers and onions and raising cattle and chickens. Within the town there are a wide variety of businesses including 100 grocery stores (mostly run out of individual homes), 11 taxis and 7 tuk-tuk drivers, 5 clothing stores, 4 hardware stores, 3 cyber cafes, in addition to bakeries, carpentry shops, a lumberyard and a cigar factory. There is also a large coffee processing facility that employs local residents in the harvest season.

The primary indicated religion is Catholicism. However, for many residents, religion is not practiced regularly. There are several Protestant churches in Palacaguina including two Baptist, two non-denominational, one Assembly of God, and one Jehovah’s Witness.

Alcoholism, drug use, and teen pregnancy are pervasive problems. It is not unusual to see men passed out from drinking in the town square or even lying on city streets.

Palacagüina is the first town in which 516NOW began working – in 2011. Our local missionary is Jaime Blandon, a native of Bluefields, Nicaragua and a graduate of Rio Grande Bible Institute. Since we began working with key individuals and groups in the town, we have three churches, added a room on the local medical clinic and build a maternity ward, built a school building, refurbished several school classrooms and the local jail, installed of a radio station, organized several sports clinics, construction of a cafeteria, construction of a water system for more than 670 people, electrification of a neighborhood with benefit for 75 families, the installation of a bilingual and christian school, donation of all kinds of technology for public schools, construction of three houses for poor people, stablisment of a microloan and many other activities.

The Roberto Clemente neighborhood is located in the city of Diriamba (Population 52,000) in the department of Curazo about 40 KM to the west of the capital city of Managua.  Diriamba is known for its festival of St. Sebastian which takes place each year from January 17-27 with festivities lasting for two weeks.  The city football (soccer) team is known throughout Nicaragua as one of the best club teams in the country.

As there are beautiful Pacific Ocean beaches within a short drive, The Curacao-Diriamba economy has historically relied on tourism.  In addition to beaches, tourists are attracted to the rich culture of Diriamba including the Festival of San Sebastian in January and lore surrounding Gueguense, a mythical folk figure.  Recent political upheaval in the country has drastically reduced tourism creating a significant downturn in an already fragile economy.  Parts of Curazo are also good agricultural areas.

The families who work in the dump scavenge for recyclable materials that can be sold.  The materials with the greatest value are corrugated cardboard and plastic containers.  Lacking their own transportation, they cannot sell directly to recycling centers and must rely on “middle men,” thereby losing part of the monetary value in the transaction.  It is a very hard life, one that always keeps them on the edge of survival.

The majority of residents of Diriamba are Roman Catholic and Diriamba is home to three major Catholic churches, including La Basilica de San Sebastián.  However, there is a growing evangelical protestant population mostly in small, community-based churches.  Most residents of Roberto Clemente are also Catholic, although the majority of residents are not regular church members or attenders.  A local evangelical pastor and his wife have been working in Roberto Clemente for several years and have the trust of the community providing great opportunities to evangelize there.  This couple first introduced 516NOW to Barrio Roberto Clemente and have been valuable partners for our work there.

After our initial introduction to Roberto Clemente in 2017, 516NOW engaged in discussions with the community leaders and residents.  It was decided that our first project would be Smiling School Kids, a successful program in Palacaguina and one which directly benefits poor families and also encourages students to remain in school, and work hard.  There is also a voluntary spiritual component to the program.  This program was initiated with the 2018 school year and has been very successful.

Since partnering with Roberto Clemente, 516NOW has attempted to help residents create alternative streams of income.  With the sudden economic downturn of April, 2018, 516NOW was forced to abandon plans to initiate a microloan business.  There are current plans to start bread-making and used clothing businesses in the community. 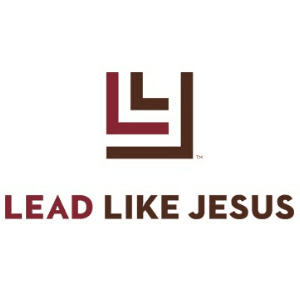 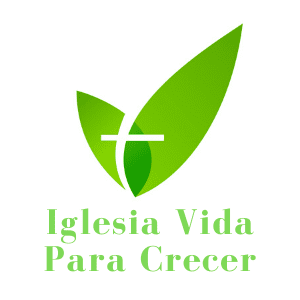